OKEL were approached by our client Manchester Precision Engineering in April 2019 as they were wanting to upgrade their existing radiant system with a like for like radiant system to heat their factory sized at approx. 36,500 m³.

OKEL’s Director visited site to meet with our client to fully understand their heating requirements and to complete a survey of the premises to identify the most effective and efficient heating solution available.

Considering all the findings from the site visit and temperature requirement set out by our client OKEL proposed replacing the radiant heating system with a modern high efficiency warm air and destratification solution.

OKEL’s design introduced 1000 kw of heat into the premises with the introduction of 8 x high efficiency suspended warm air heaters designed specifically for heating large industrial space such as factories and warehouses.

Due to the maximum height of the ceiling (approx. 11m to apex) it was important to provide a solution which ensures warm air from the heaters remains on the lower ground where it’s of most benefit to the work force and production. 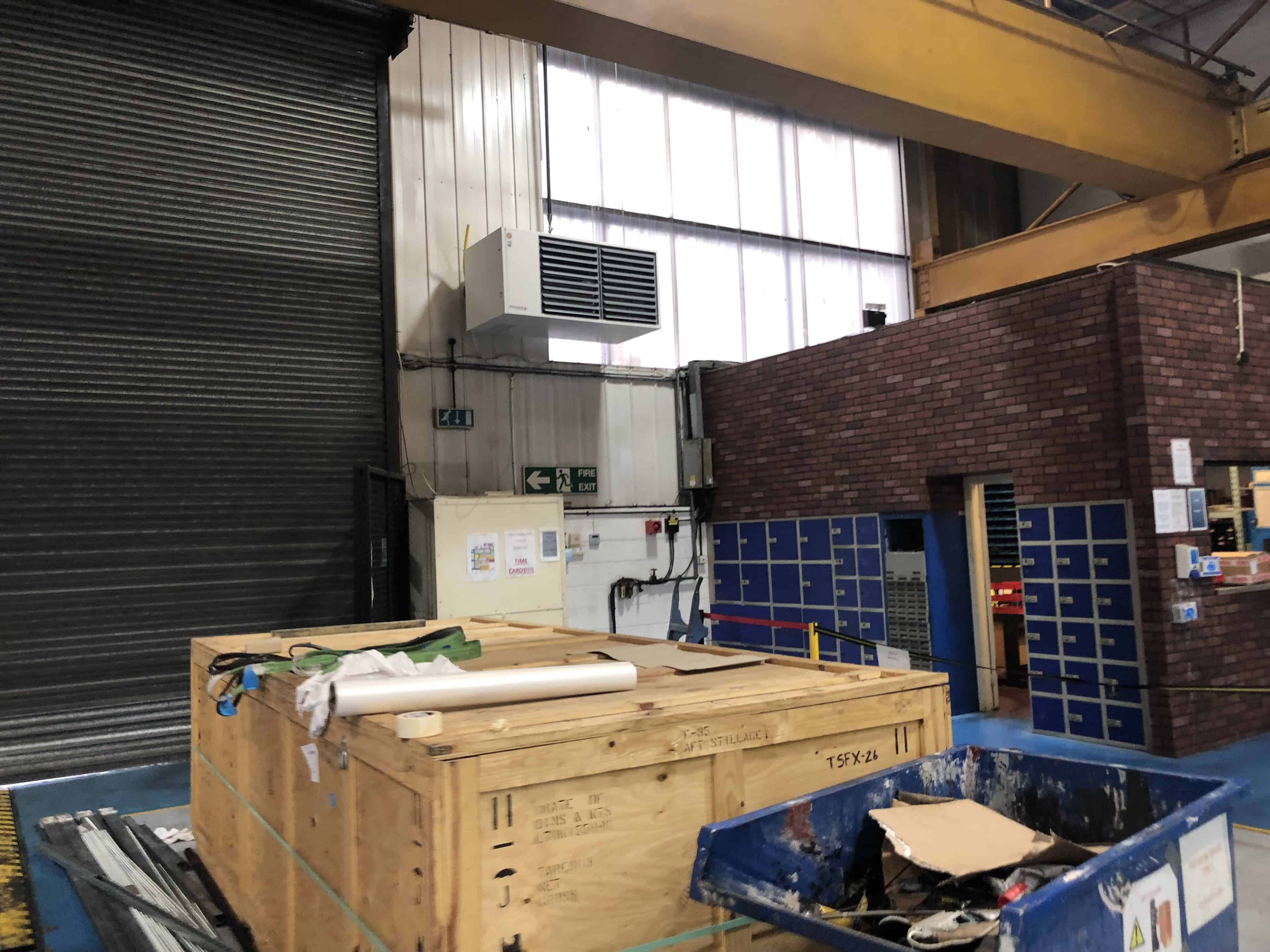 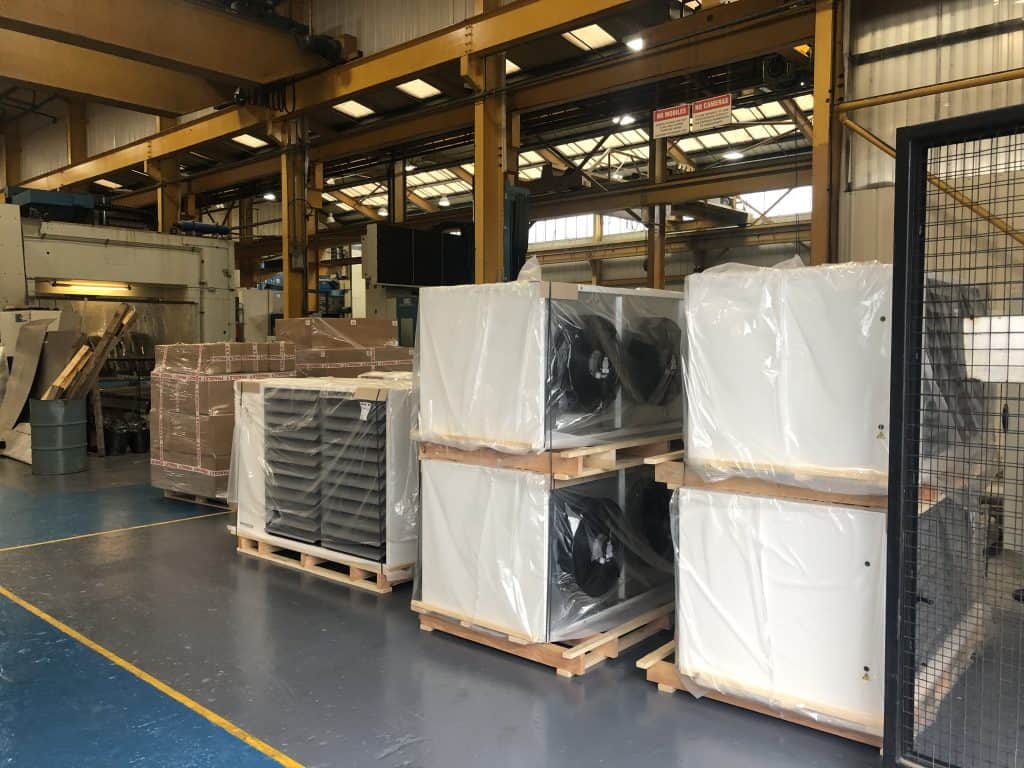 To reduce the loss of heat from above OKEL chose warm air heaters with integral destratification axial fans which would force the warm air back down to the lower level once the heaters gradient controls and temperature sensors had identified that the ceiling temperature was becoming too hot.

In addition to the heaters integral axial fans, OKEL’s design included 14 x industrial destratification fans which were to be evenly distributed at ceiling height to assist with an even spread of heat throughout the factory.

In addition to the destratification benefits mentioned above, destratification can also provide summer ventilation when the outside temperatures start to rise helping to deliver a cooling solution in the summer months.

A pre installation engineer site visit took place ahead of the installation to determine and sign off with our client the exact positioning of the heaters and fans which would allow for the most even spread of heat whilst considering the layout of the factory.

At our client’s request some of the works were scheduled outside of MPE’s core working hours so not to cause interference to manufacturing processes taking place on the ground floor.

The installation was completed in August 2019 and upon project completion our client received a full handover to ensure staff were confident on the capabilities of the heaters and able to maximise the efficiencies by effective use of the intelligent thermostatic heater controls.

Electronic Gas Safe commissioning certification was forwarded to our client on project completion.